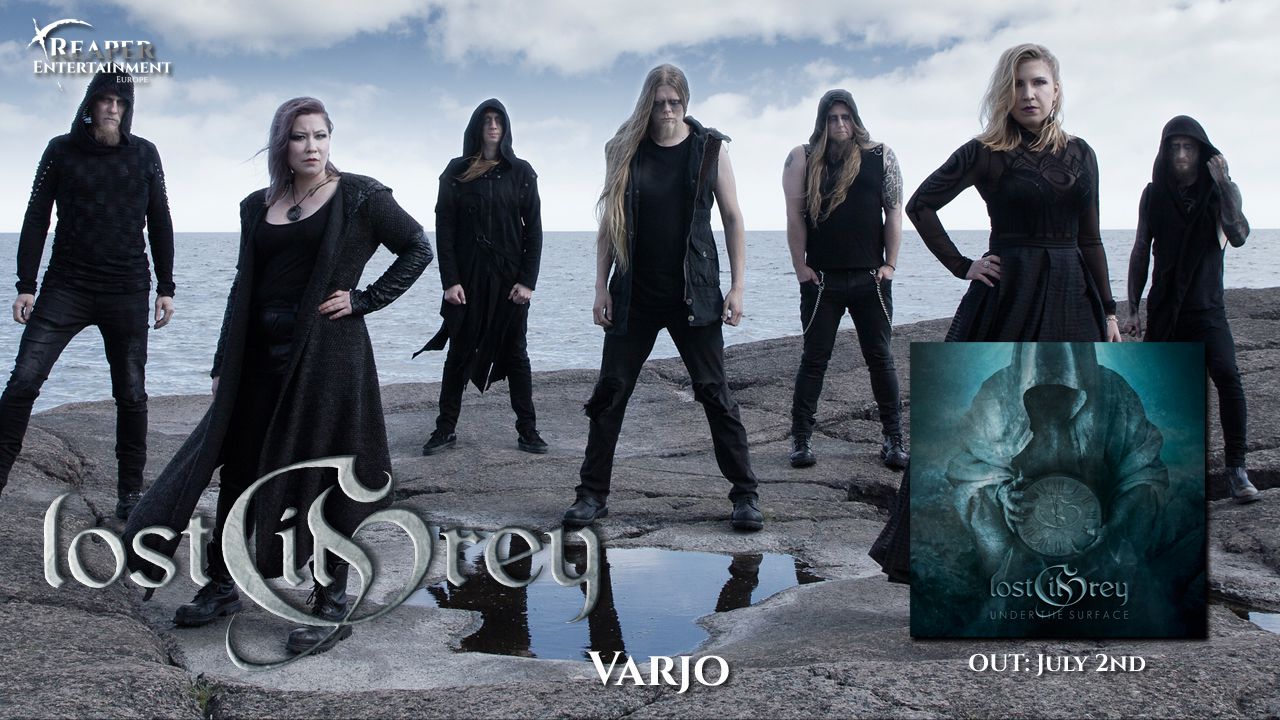 We proudly present the third digital single "Varjo", taken from the upcoming album "Under the Surface". The song is available now on every major streaming platform.
The official music video can be seen here: https://www.youtube.com/watch?v=HKeBK_-OQYc

The band states:
"Greetings all thee!
Let us take a step forward
and underneath our robes,
for a brief moment in time
and out of our characters.
A lullaby for the lost,
without the chance for adventures.
Close your eyes and feel no fright,
lay down to rest, without a burden in sight.
Yours sincerely, Lost in Grey"

Anne Lill states about the video and the finnish lyrics:
“Varjo” is a song that couldn’t have been written in any other language than Finnish - and indeed, I did try. For over six months I struggled trying to find the words in English, but without success and I nearly gave up trying. Only when I finally embraced the “will of the song” - that the song wanted to be a lullaby for the lost written in Finnish - the words would come to me. Musically the song focuses on Emily’s vocals and Harri’s piano, so I also wanted the focus of the video being on them. On the day we were filming the music video it was supposed to be thunder and rain, but somehow the storm avoided us completely, and eventually the clouds faded and we were given a beautiful evening sun."

Harri states about the song and the composition:
"It seems to be some kind of recurrent theme on our albums that there is always one song which becomes by far the most personal song on the album, and ‘Varjo’ represents that on this album to me. Obviously we all face hardships in life which might at the time feel too overwhelming, and my way of dealing with these emotions is writing them into music. Even though the song has its roots in loss, I hope this song will in it’s own way bring comfort to someone, as it has done to me."