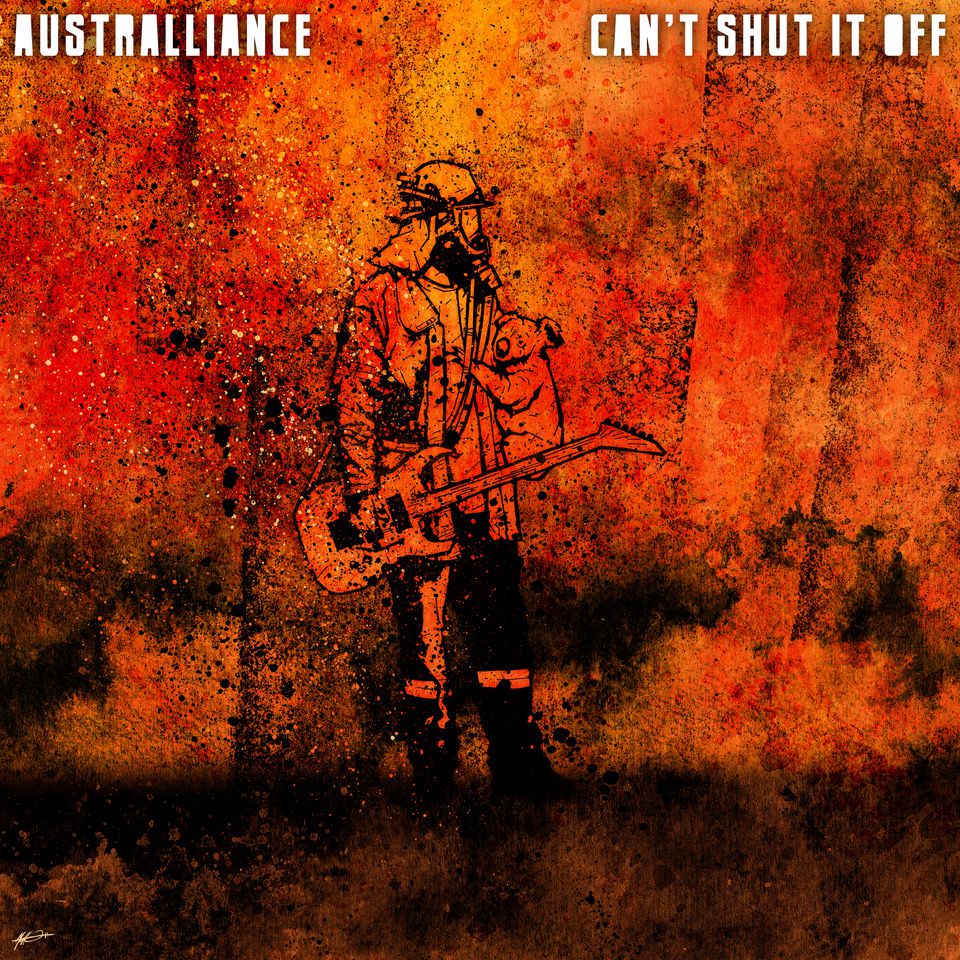 Lost in Grey vocalists featuring on a charity project for Australia

Last week our dear musician friend from the The Netherlands, Kevin Storm, started the charity campaign “Australliance” to help the wildlife suffering from the fires in Australia.
Mr. Storm collaborated with many other musicians and recorded a song called “Can’t shut it off” and is donating all the proceeds for Wires Wildlife Rescue.

Mr. Storm explains how everything got started followingly:
“On Sunday January 4th the news of Australia’s wildfires had me in tears. I couldn’t sleep, wrote the lyrics in 5 minutes and the day after started recording a charity song during a 10-hour live stream. After this I started inviting fellow musicians to contribute.

The whole thing grew out of hand as the community started to gather around it and in one week we now have 16 musicians, some VERY well known in the heavy metal community, who all contributed to a heartbreaking song that is mixed in one of the best recording studios, backed by major companies and so much more is happening in the campaign.”

Now after just one week the song is ready and published. Also Harri Koskela, Anne Lill Rajala and Emily Leone from Lost in Grey participated in the project.

Anne Lill states: “There are so many horrible things happening in the world, and sometimes one may feel so small and powerless against it all. For me making music is one of the ways to ease that pain for a moment, but it is even better if the music can raise awareness or have some tangible results. Kevin has done an unbelievable job with managing this campaign, collecting all these people around it, not getting much sleep, just trying to do something to help. I hope this campaign reaches as many as possible, and people are encouraged to donate. Because even after this current emergency is over, and I sure hope that would be soon, help is still needed.”

You may purchase the song here and you may pay what you want: https://bit.ly/35PR4mX

You can also donate directly by PayPal to This email address is being protected from spambots. You need JavaScript enabled to view it..

ALL proceeds of this campaign will be donated to the WIRES Wildlife Rescue.

You may find further information below.

A king brought to his knees

so many now forever lost

and i just can’t shut it off

It's hard to see the light,

If your eyes are always closed

Don't come to me with hindsight

It's clear this path you chose

Barren as the heart of those who look away

Dead earth is the growth that fuels our empathy

A king brought down to his knees

The image scars the retina

So many now forever lost

A spark to ignite our fire

Fell on the earth and rose

That which came to inspire

Is that which overthrows

The warmth we should have held

Between and in our hearts

And tears us all apart

A king brought to his knees

The image scars the retina

So many now forever lost

The screams of the wordless

Distant echo of the voiceless

Echo, echo, no longer there