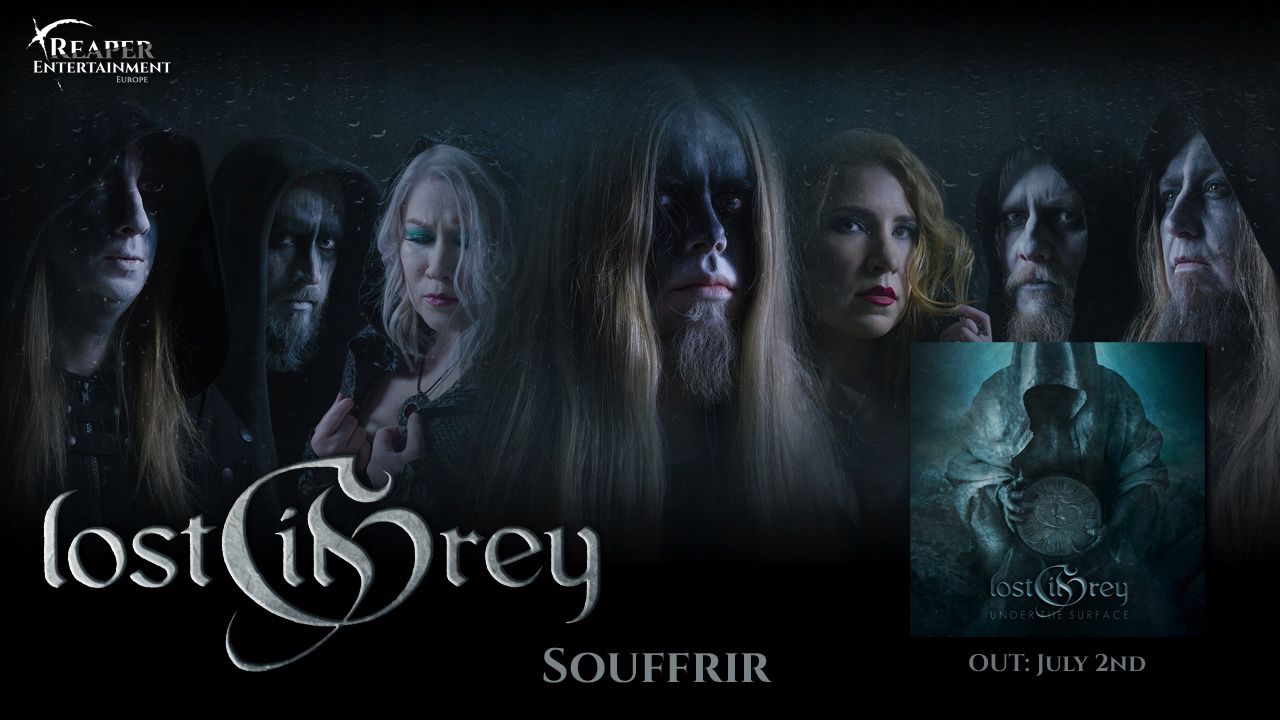 The Finnish theatrical metal band LOST IN GREY has announced the release of their third studio album "Under the Surface" on July 2nd, 2021 via REAPER ENTERTAINMENT.

Today, the band presents the first digital single “Souffrir”. The song is now available on every major streaming platform.

The official music video made by the band’s lyricist & vocalist Anne Lill Rajala can be seen here: https://youtu.be/X33jittFe6Y

"Greetings all thee!
As we’re diving in the mysteries of mankind,
exploitation of the land and mind
let’s have a look at causes of pain,
grief and suffering, and the inhumane.

‘Souffrir’ is an outburst of anguish. It deals with questions of who causes suffering? Who is responsible? Who possesses the power to end it?


Thinking about responsibility also led us into moral ponderings with how to present suffering in the music video. Would we be ignorant and participate in causing suffering if showing e.g. war, illness or starvation in a film which most will view as 'merely entertainment'?
From there came the inspiration of having us seven band members representing the seven deadly sins, and additionally suffering in one way or another from ‘sinning'.
And on that note, we would like to bring up a quote on the song originating in Les Misérables written by Victor Hugo:

‘If the soul is left in darkness sins will be committed. The guilty one is not he who commits the sin, but he who causes the darkness.'

Yours sincerely, Lost in Grey”